I started playing the piano when I was about 7 years old, and I had my first paid gigs, in the meantime playing the bassoon, when I was 11. In 1984 I purchased a saxophone which had been my secret love, discovering the world of Jazz. Later on I decided to study Jazz at the university Johannes-Gutenberg-Universität in Mainz, Germany, finishing with the degree “Diplom-Musiklehrer im Fach Jazz / jazzverwandte Musik“ (qualified music teacher for Jazz and associated music).
There have been many changes in my life, but one thing never changed, music is my love and my calling.

I’ve played in many bands, Jazz, Funk, R&B, Salsa, Blues, Reggae, Rock, Top 40, usually with the tenor, but also playing the alto, soprano, baritone and a pretty unknown instrument called EWI. And I’ve still got the bassoon and the clarinet, also a piano, which all are supportive instruments.

Sometimes people wonder who might be my “heroes”. Well there’s been a lot of musicians who influenced me, but there are two who still have a more profound impact on me than others, who continue to inspire me, who never tire or bore me and whom I admire, and they are John Coltrane and Michael Brecker.
And there were various (mostly British) groups from the 60s/70s that left strong impressions on me, like Pink Floyd, Genesis, Supertramp, Chicago, Electric Light Orchestra, The Doors, The Beatles, The Alan Parsons Project, The Police, Deep Purple, Status Quo, Dire Straits, …

I’m a human being (homo sapiens, therefor of African descent), but if I shall relate myself to a geographical area I’d call myself European. I speak several European languages, among them German (native), Spanish and English fluently, so we’ll be able to communicate. 🙂

“The only objective of art is to touch.” Kandinsky. I couldn’t have said it any better… 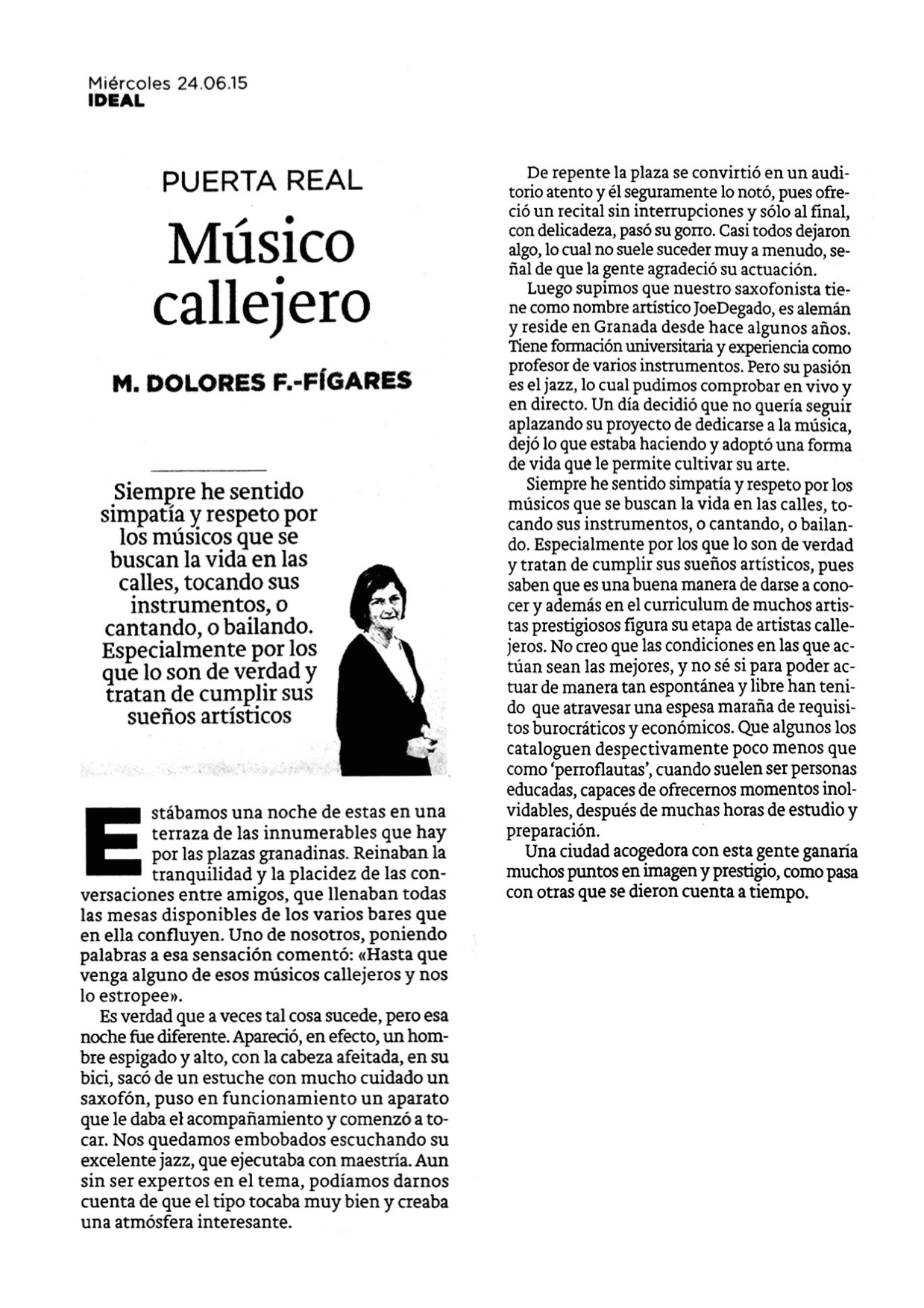